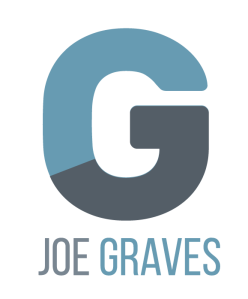 As someone who is leading a team working towards launching a new church, I’ve been challenged to find new ways to break outside of my Christian bubble. In fact, it’s essential that our team and our leaders work hard to meet people who aren’t already going to church. We need to meet people, and share the vision of what God is doing.

As an introvert, I find it difficult to meet new people. I’m not one to spark up conversation with random people. So I’ve been thinking of ways to break outside of my current circle of friends that makes sense for me. One idea I had, has to do with poetry.

In college, I would perform spoken word poetry. It was mostly comedy-based, but it was something I always enjoyed. I think spoken word poetry is a great training ground for preaching, but that’s a different conversation.

So one way I plan to meet people who aren’t Christians is getting connected to poetry networks in Columbus. I started this journey this week. I went to a open mic night for poetry. I had thought maybe I would share a poem, but once there, I didn’t… I was too nervous and scared. (I’m sure some of you would love to see me nervous to speak publicly… it doesn’t happen often). I hadn’t written a poem in years. I haven’t read one publicly even longer. And I didn’t know anyone who was there.

(This is a random photo from online, but the stage looked similar to this.)

It was an interesting experience. The bar was dark and smelled exactly what you think a college bar would smell like. Only one person talked to me the entire time. No one greeted me. No one introduced themselves to me. I have never felt more like an outsider. They had a liturgy to their evening, and it was all different and confusing to me. I tried to step out of my comfort zone, and it turns out it was uncomfortable. All of a sudden, I realized the intense fear people must feel when attending a church for the first time. It’s real. And there’s simple things we can do to help ease that experience, but that’s also a different conversation.

The poems people shared were raw, honest, graphic, and ultimately beautiful. They talked about love, rape, abuse… using everything from profanity to what I felt was a made-up mythical language. I loved listening, and look forward to going again.

I didn’t end up reading a poem, but I did write one that I thought about reading. It’s based on the exhaustion Allyssa and I have felt being new parents. It’s called “The Wall” and while I haven’t read it publicly yet, I thought I would share it here.

It’s meant to be spoken, so I think some of it is lost unless you know me well enough to “hear” my voice. And it’s of course, an exaggeration, and isn’t meant to be a poem that teaches something, as much as a poem that invites people to feel something. It’s really, at it’s heart, my belief that as humans, we all have limits. And while I don’t cover it here, I think God’s call to Sabbath is the best response to this poem and the things it’s inviting you to feel.

I hope you enjoy. And whether this one, or another, I will breakthrough my fear and actually sign up, I promise! Not only at this event, but at countless of other community and networking events. As someone who wants to see new people experience the life-changing love of Jesus, we have no other choice: we need to go where people are and build genuine relationships. We need to show up. We need to listen. We need to participate.

I was always worried I’d hit a wall.
You know: Smack. Stop. “Too far!”
The wall. The infamous wall. “Off limits!"
They say you’ll hit it.
I worried I would.

Weary worn, couldn’t stand, only stall
Until I get my umph back
You know: The wall.
The great pause…

But I didn’t have time for no wall.

I didn’t think I had time for a wall.

But I did have plenty of time for the wall.

So I started to hope for the wall.
Long for it even.
I’d stop for it.
Wait for it.
Look for it.

It never came. That wall.
Or if it did, it must not have been a wall at all.
At best it was a fence.
A kiddie fence: Criss-crossed, stuck at the end of the upstairs hallway.
Nothing serious. Just step over it.

"You are stronger than you know” —that’s what they say.

They try to be encouraging,
But there’s no courage in me.

No—I appreciate the gesture and I wish it was true. It’s not.

I got limits.
I can feel ‘em
They rising up.
They start in my heart and go through my tiny little veins all the way to the shake in my hands.
My shaky little hands stretched out, fist-first, reaching for thick brick-n-mortar.
I want that wall. I wish I’d hit it.
Slam! I can feel it now: my knuckles bloodied over.
If only I was so lucky.

But that wall. It’s never there.

Not like tomorrow.
Tomorrow’s there—it’s always there—and with it another step in my foot.
I don’t know how, but it’s there.
So I take it.
One more step.
One more day.
One more everything.
But I’m hoping.
I’m hoping I’ll reach my limit
And finally be able to quit it.

And if I did, I’d hit it—fist-first, face, and all
My wall. My sweet, sweet wall.